I am in love with this small, unassuming sushi place in Cambridge, between Harvard and Central Sq. The name is unfortunate, though perhaps it’s a blessing in disguise as it keeps people away

We’ve been here multiple times but only recently treated ourselves to the Omakase  – chef’s choice.

It is about 18 pieces of fish and very reasonably priced at $85-90 depending on what they have that day. They also offer a sake pairing for $50 which I highly recommend as well.

The night started with edamame and a very interesting green tea:

Genmai-Cha: green tea with roasted brown rice. I was pleasantly surprised by the subtle but prominent notes of the brown rice – a really great pairing to the fish 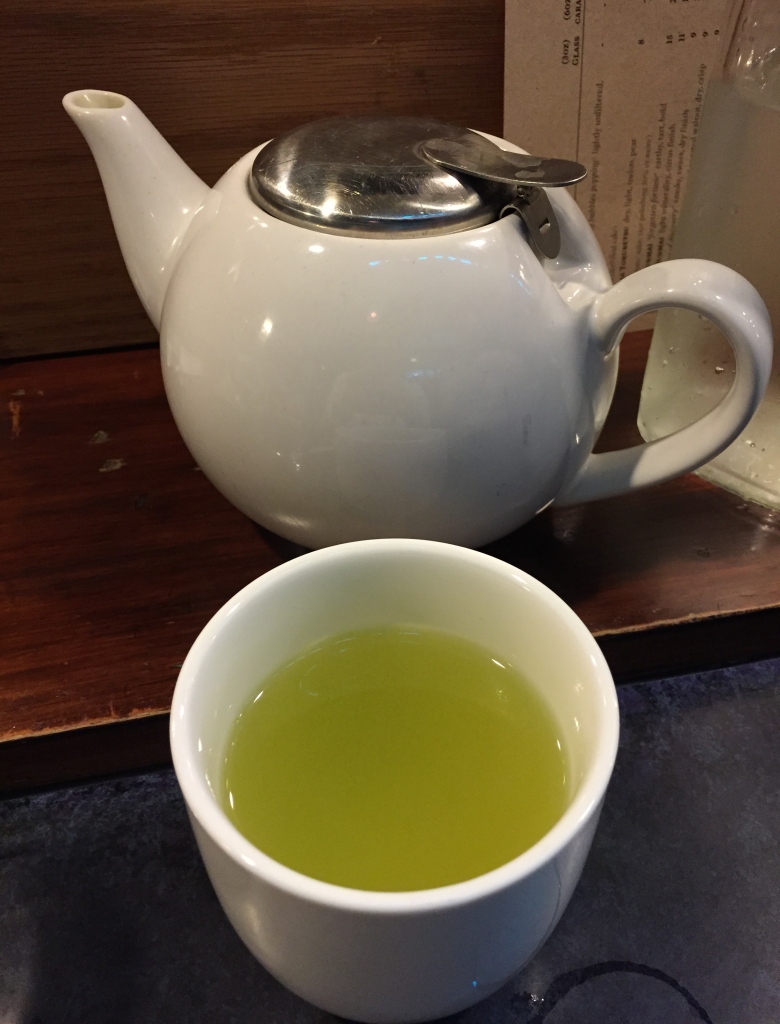 The chef chooses most of the Omakase fish from the ‘in season’ menu which changes frequently. We ended up trying most of the list 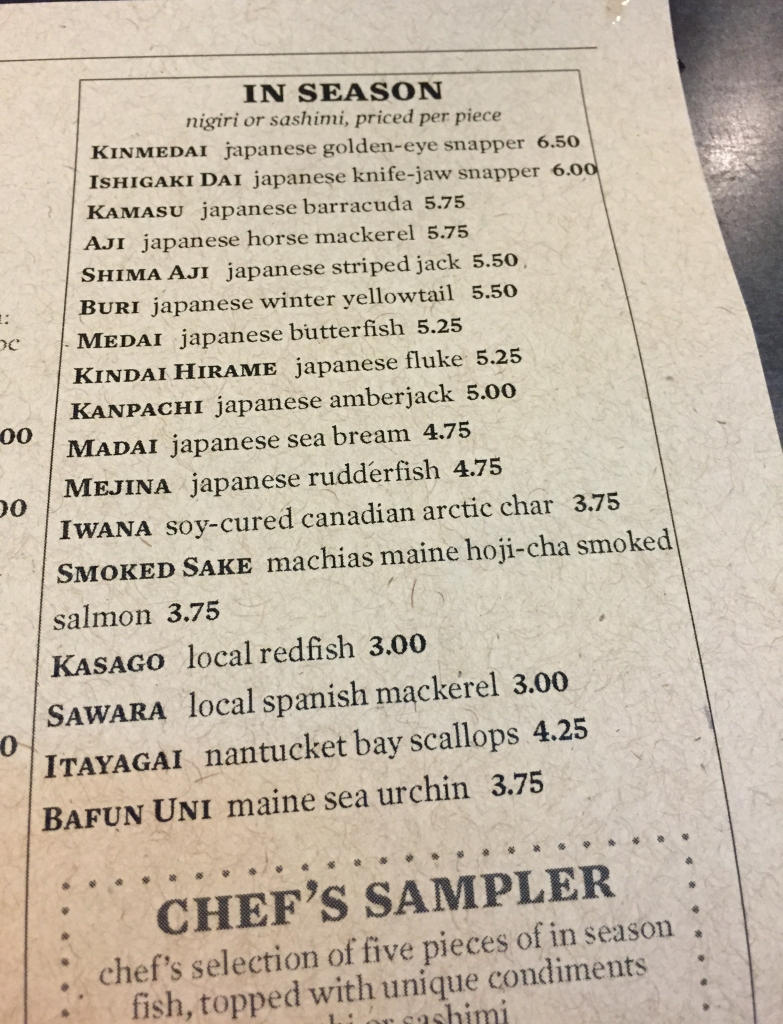 They also have an extensive sake menu, each course gets a glass of sake, about 7 in total (!). They were paired beautifully and thoughtfully with each dish. 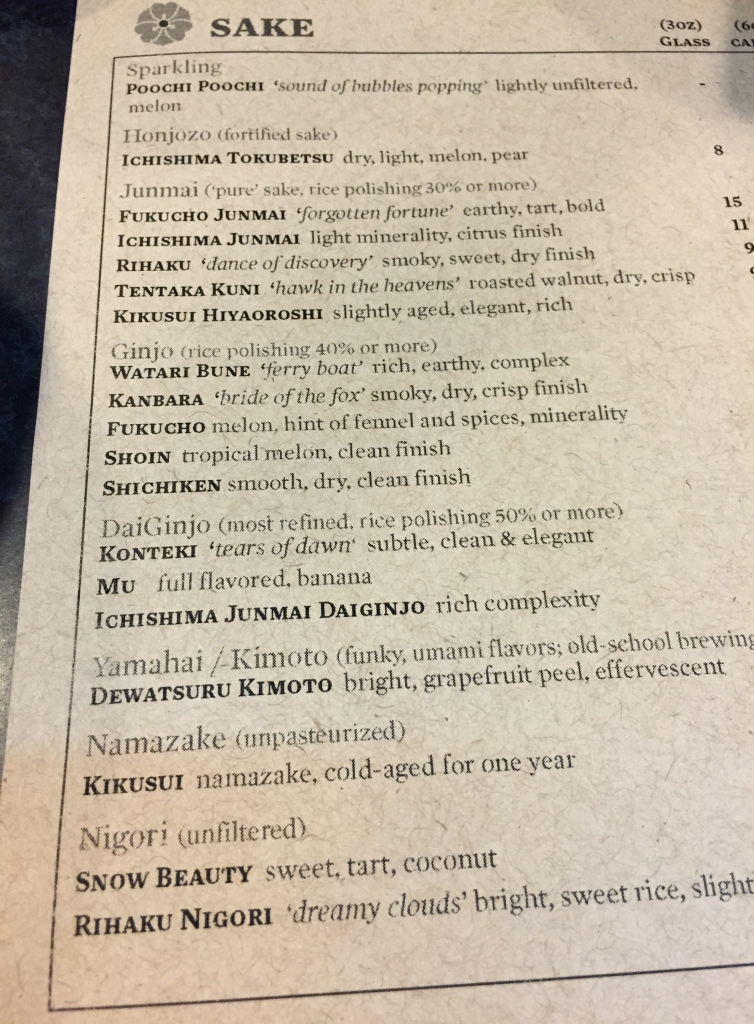 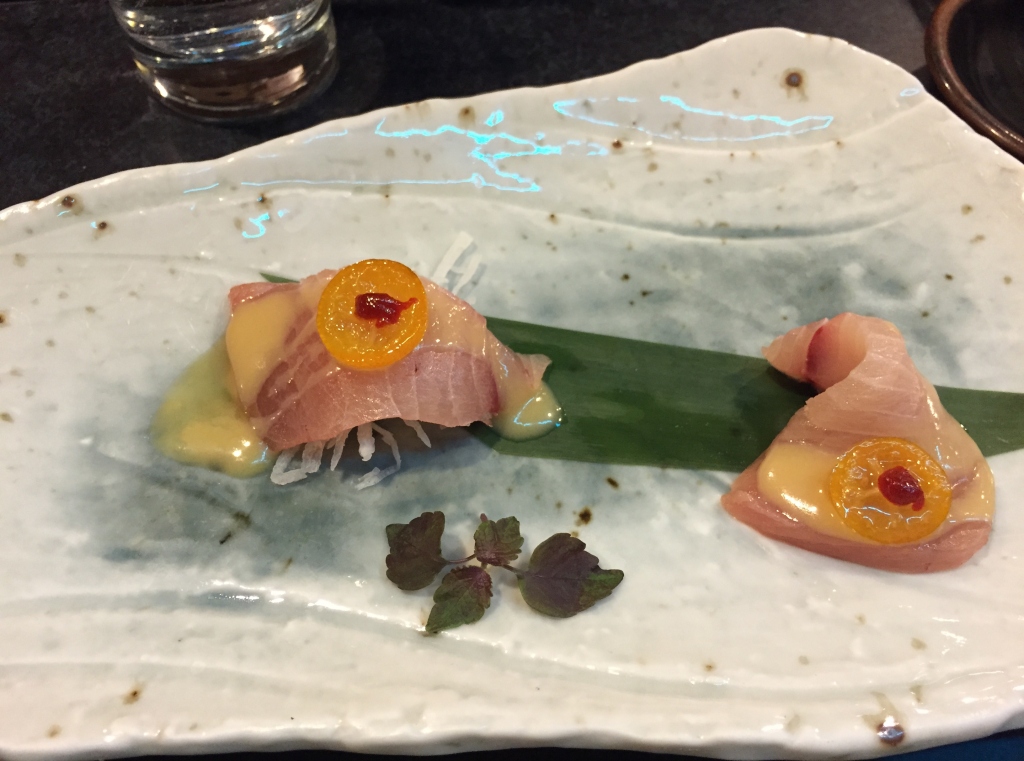 The nice tart citrus from the kumquat was perfect with the sweetness of the yellow tail.

Course 2:
Japanese Fluke with a small piece of the rudder and scallions
Japanese Striped Jack with lemon, bonito flakes and sea salt
Served with Kanaba sake 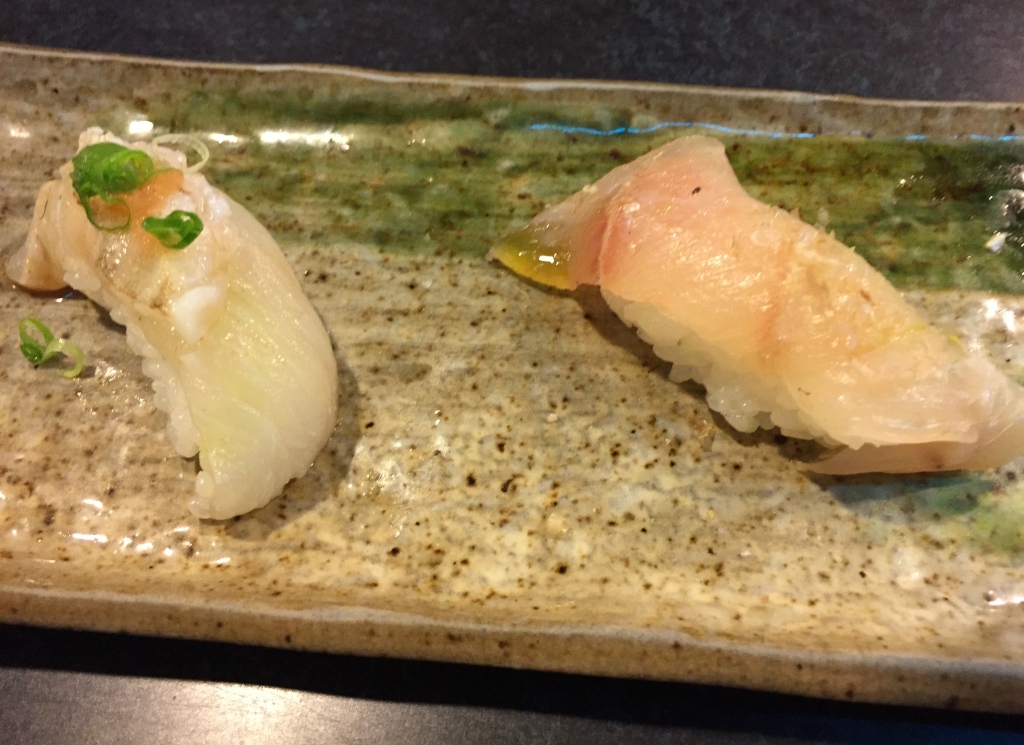 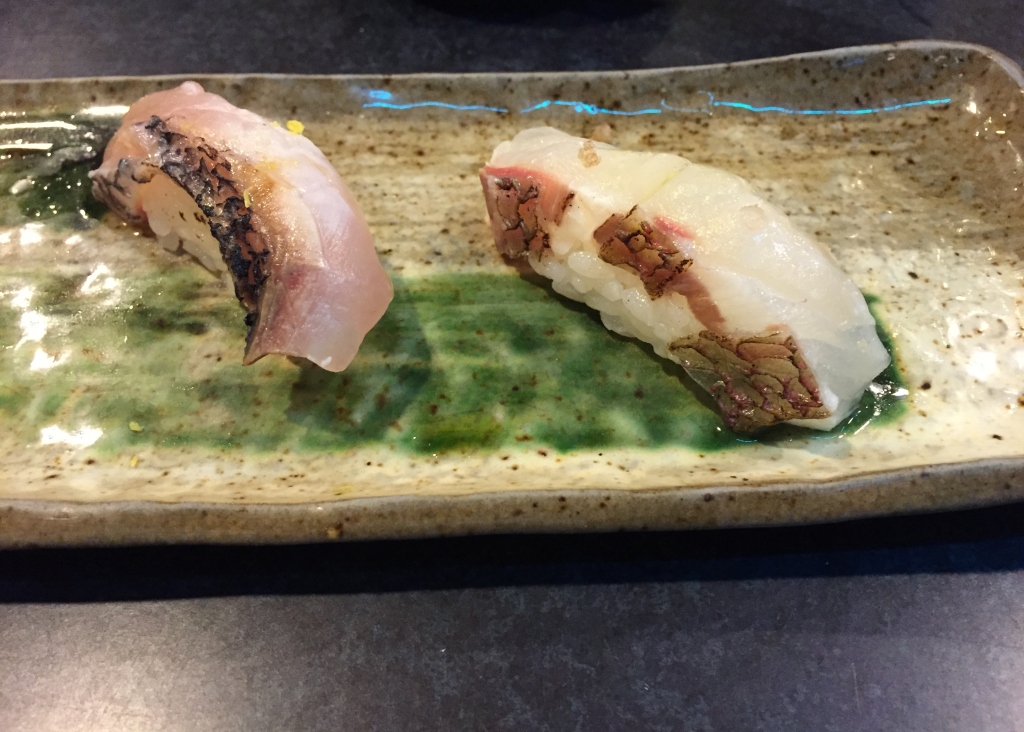 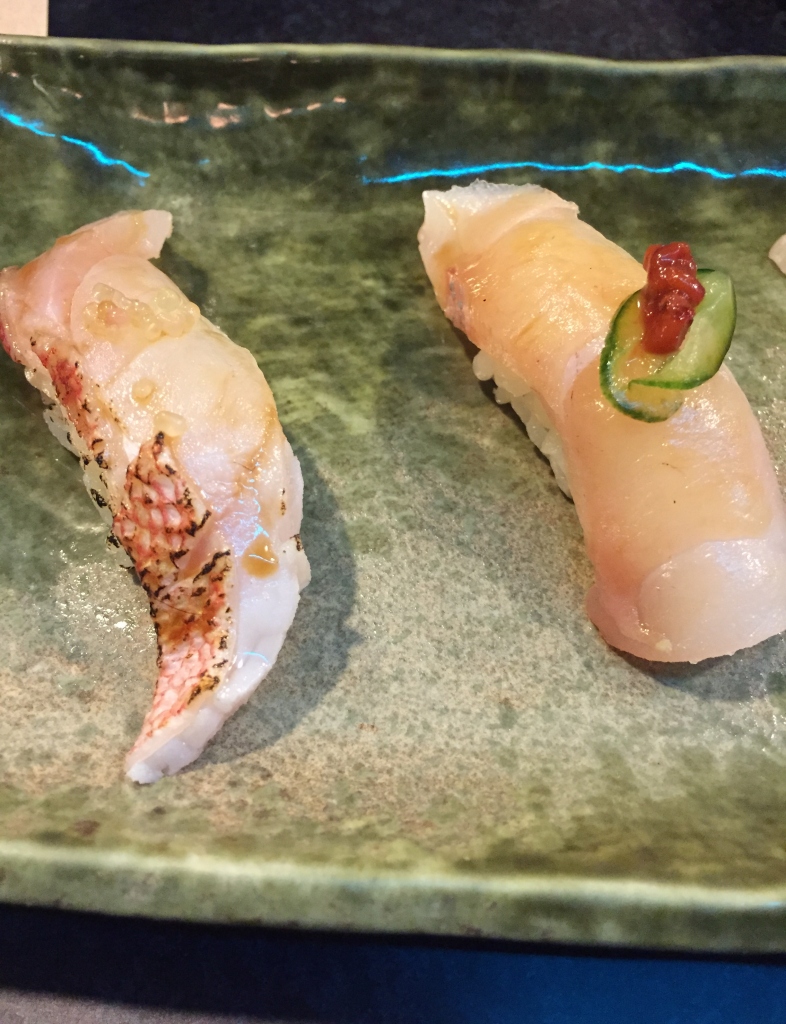 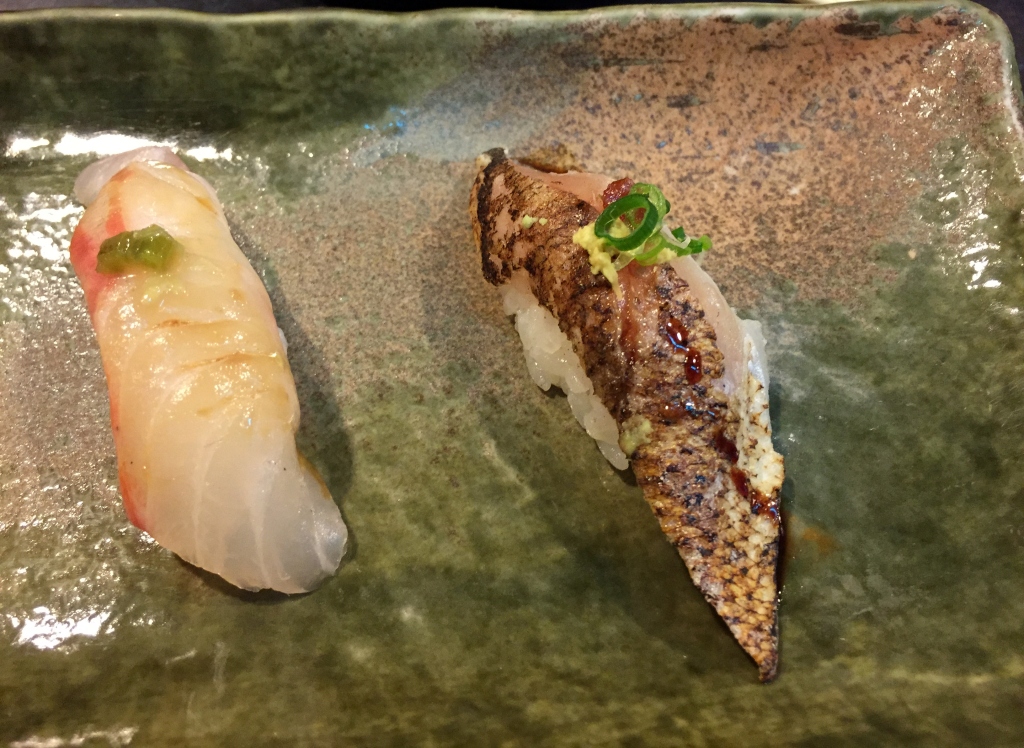 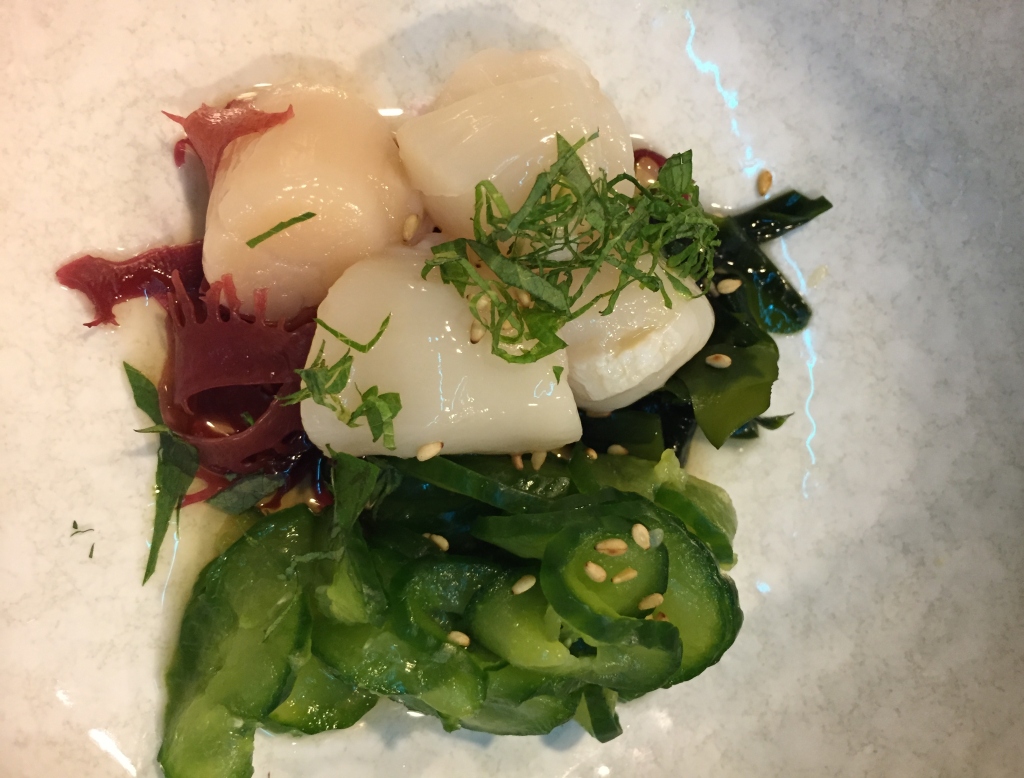 This was probably my least favorite course, though I’m not a huge fan of raw scallops.

Course 4:
Japanese Horse Mackerel
Local Spanish Mackerel with pickled eggplant
– this was my favorite dish! I tend to stay away from mackerel since I usually find it too fishy, but when talking with the sushi chef, I discovered that Spanish mackerel is very different from the others and doesn’t taste fishy at all – it may become my new go-to fish!

Paired with a sake that was great, but I can’t remember for the life of me 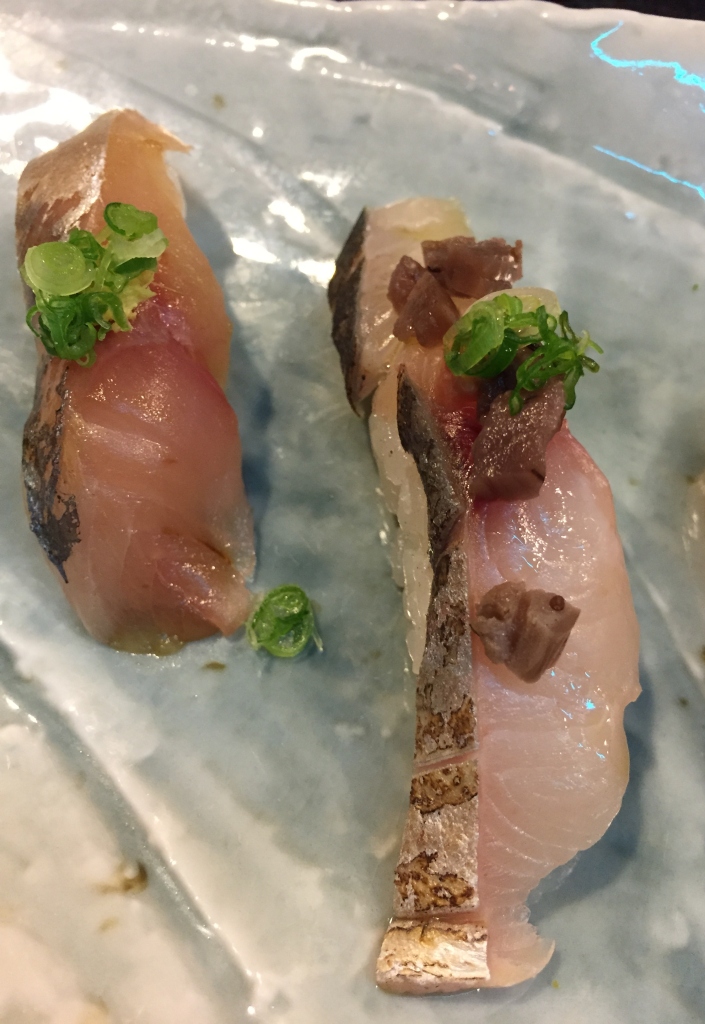 Soy-cured Canadian Arctic Char with lime
Machias Maine Hoji-Cha Smoked Salmon with lime zest
– another delightful surprise! Again, I tend to find most smoked salmon to be very fishy (great on bagels with cream cheese, but not so much in sushi). This, however, was perfectly smoked and still had the essence of salmon sushi. 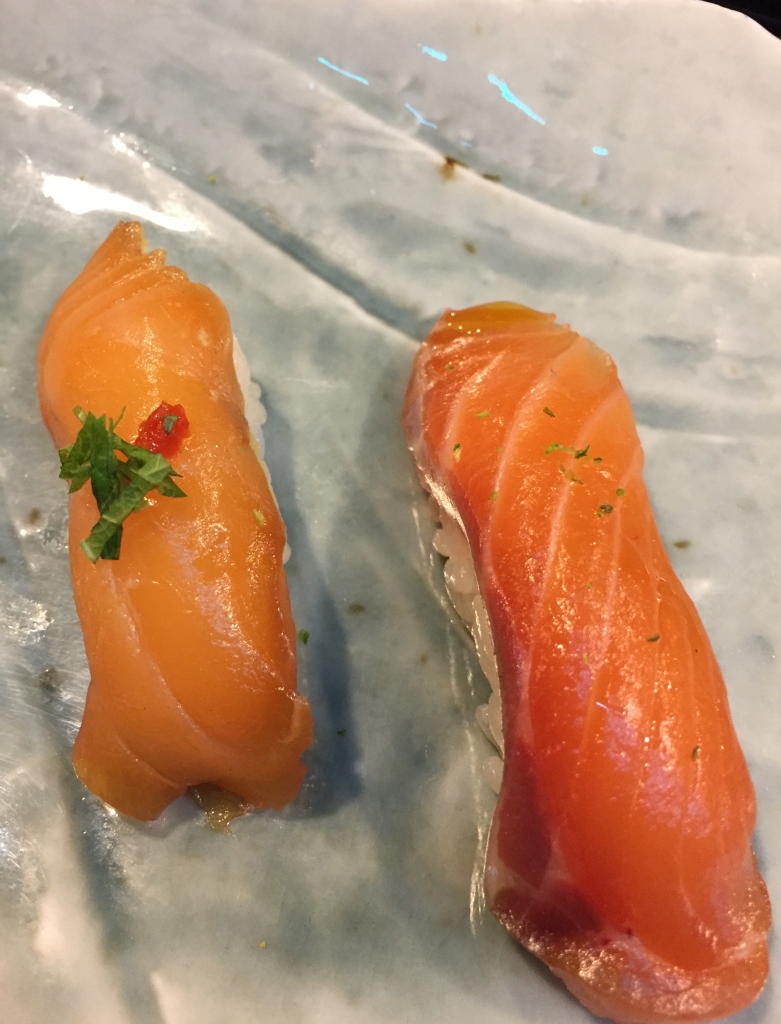 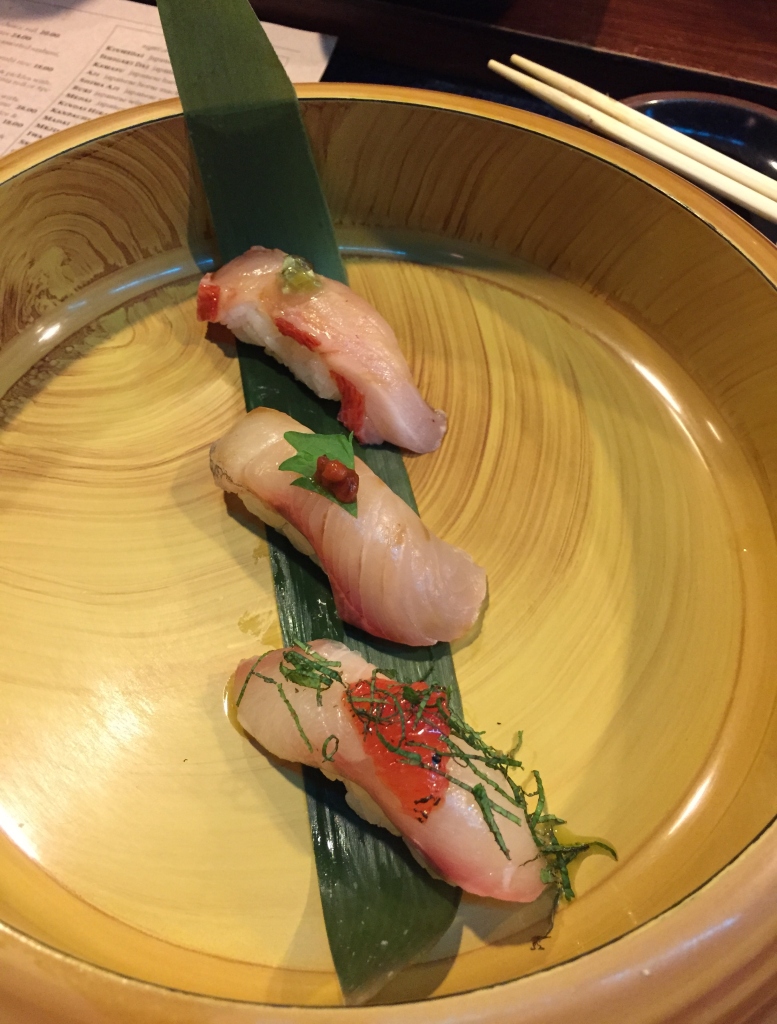 Course 6:
Bafun Uni (Maine sea urchin)
– I am a HUGE fan of uni, but I  have to say that I have been underwhelmed by east coast uni, perhaps that’s why I wasn’t thrilled about this one, even though it was very good.
Paired with Ichishima junmai sake 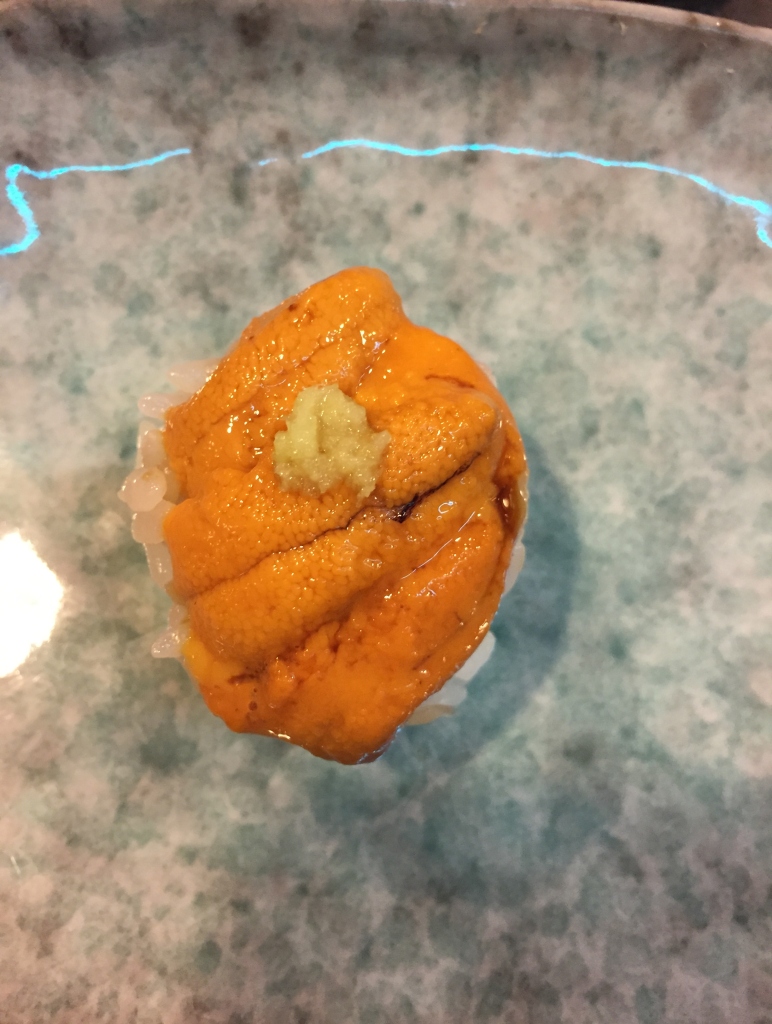 The meal was fantastic! I will definitely be treating myself to this many times over in the very near future.

Cafe Sushi always has the freshest fish and wonderful ingredient pairings that never overpower the subtle flavors of each particular piece of fish.

It is a MUST try! (just don’t tell too many people)